A New Blog Full Of Photos From Conversation Corps-Jordan

We recommend reading Jason's Blog that he published while he was in Jordan as a member of the Conversation Corps.  His Blog, Life in Amman, introduces you to the Corps and to living in Amman with a host family tutoring them in conversational English.  The Blog is full of program details, photographs and video. 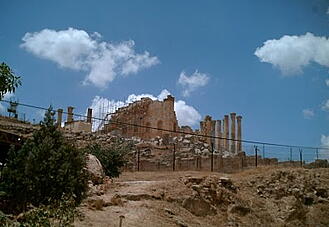 The very first Blog entry, "First Couple of Days in Amman" gets you involved in where Jason lives (just outside Amman) and where the sunsets are stunning and "sunrises gorgeous."

In the post, "Past Few Days," Jason has gone out to buy black pants so he can attend an Arabic wedding.  He has met a new friend just 5 minutes away, and he gets to practice his Arabic with him.

One of the reasons GeoVisions set up the Conversation Corps is the free time tutors have on this program.  Jason writes about his trip from Jordan to Jerusalem and his take on Arabic life outside of Jordan.  The Blog post, "The Game, Madaba, and Jerusalem" also contains a lot of photos.  Jason was able to get involved in the World Cup and watched the Spain vs. Germany match on the roof of a restaurant in Amman. 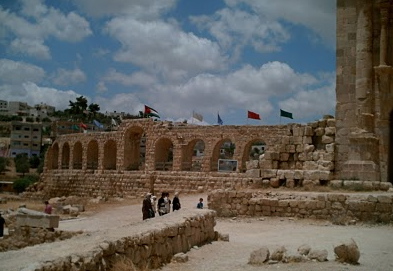 Some Corps members have also combined Conversation Corps-Lebanon either before or after Conversation Corps-Jordan.  It's a quick flight from Amman to Beirut, and the exposure to two Middle Eastern countries and cultures, and living with a host family in each country, is a once in a lifetime experience.

Have you been to Jordan or Lebanon?  Please use the Comments section below to let our readers know your thoughts, and to make recommendations for all things "must do and must see" in those two countries.