An Inside Look At Conversation Corps Turkey 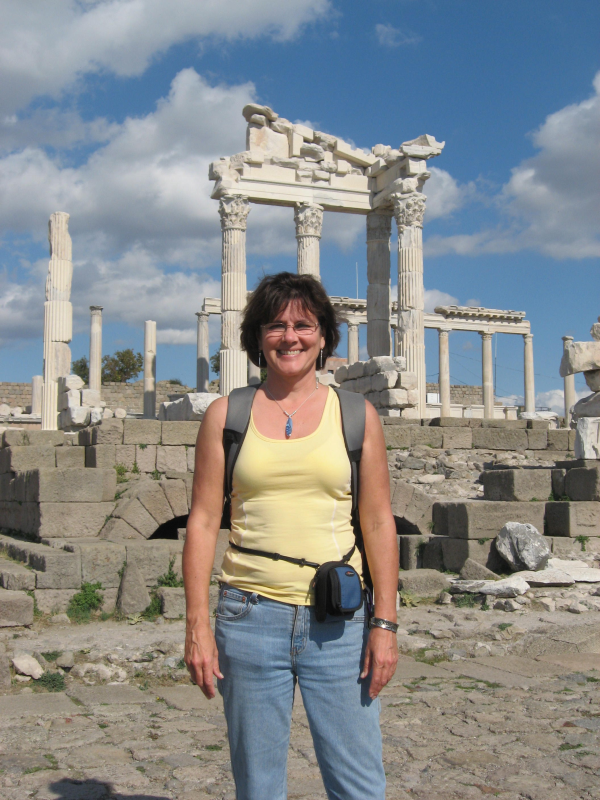 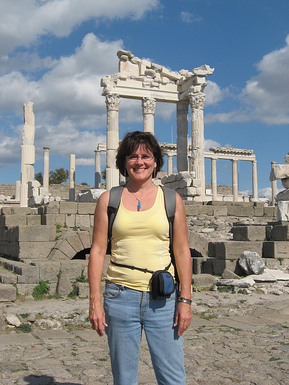 Guest blogger Dale Fox graduated from the University of Pittsburgh at Bradford in 2009, at the age of 54. Her major was history and political science, with a focus on Middle Eastern ancient history. She is the co-founder of the Ridgway Heritage Council in Ridgway, Pennsylvania and was active in community and economic development in western Pennsylvania for many years. In addition to developing the Towers Victorian Inn, a historic landmark of Pennsylvania. Dale also served as a Director for the Pennsylvania Downtown Center for six years. In 2009 she received a special award for Inspiration in Tourism from Governor Edward Rendell.

In the spring of 2009 at the age of 54, I found myself with a unique opportunity to do something out of the ordinary. I had just finished a 30-year career in the field of information technology and had some spare time and money. One day while poring through cultural exchange websites, I ran across GeoVisions and the moment my eyes alighted on the “Conversation Corps” program in Istanbul I knew I was going. I thoroughly researched the company and signed up for two months in the fall of 2009.

My family and friends were shocked. Most were convinced that Turkey was dangerous, dirty and poverty stricken. The GeoVisions staff assured me that Turkey was a wonderful and very safe place to visit (which it was) and I proceeded to arrange the most exciting and life-changing experience that went far beyond my expectations. With all of the angst in our current times about fundamentalist Islam, I wanted to see for myself what living in a Muslim culture was actually like.

After a grueling twelve hour flight I arrived in Istanbul, followed by a 13 hour bus trip on which no one spoke English. I spent the month of October on the magical Çesme peninsula near the small town of Seferihisar, a few miles from the Aegean Sea. This land of Homer’s birth has a captivating and serene beauty with its interplay of crystal turquoise waters and white beaches that sprawl at the feet of hazy blue mountains.

My hostess was a perky and warm-hearted 45-year old named Beril who was a divorcee with two teenagers. A fabulous cook, every night after work she spent hours preparing an unending variety of traditional Turkish foods. All of her friends were excited to meet an American and treated me as a guest of honor. This part of Turkey is known for its secular and western outlook, and she and her friends were no exception. Beril also served as my guide to numerous historic sites. It gave me a special thrill to survey the landscape from places like Bergama (ancient Pergamum), and ponder the eons of human history that echoed beneath my feet.

An incredible array of goods bespeaks the wealth of this vibrant society. Farmers markets bustle with artistic displays of fresh local bounty from the nearby countryside. The beauty of their textiles and clothing defies the imagination and opens your purse strings. Shopping in Turkish bazaars makes our grandest malls seem tame. All creating a notable counterpoint that speaks to the notion that everything we do in America is the best.

On November 1st it was time to leave my Aegean paradise and head to my second host family in Istanbul, where a much more challenging environment awaited me. The family lived in a crowded, noisy working class district on the Asian side of the city, and it was there that I confronted the almost inevitable culture shock.  They spoke very little English, and my student was a 20 month old who had yet to speak Turkish. His mother stayed at home and rarely left her neighborhood in which she had been born and raised in. But she was determined that her child would be bilingual.

In Istanbul I achieved greater insight into the Muslim faith, whose practitioners were always considerate and tolerant. I marveled at the splendor of the Ottoman palaces and soaked away all stress at the famous Turkish baths. I visited the capital of Ankara, and Konya, home of the famous Persian mystic Mevlana Rumi and his whirling dervishes. My most memorable excursion was a three-day adventure on a Turkish tourist bus through Cappadocia, a geographic spectacle known for its early Christian ruins. I was taught how to Turkish dance and to imbibe the potent national liquor, raki.

My guess that people are fundamentally alike regardless of their cultural trappings was confirmed. Unfortunately the impressions we receive through media often focus on the exceptions, not the rule, and as one young Turk said “It is better to see than to read”. Politically and religiously, the Turks were every bit as diverse and complex as Americans. This trip was a great reminder of the ignorant nature of stereotypes. After I left, a neighboring shopkeeper, whom I would stop and say hello to in Turkish every day, told my hostess that he wasn’t sure he liked Americans before he met me, but now he felt very differently. How little effort it takes to cross the divide.