Hello! My name is Julio Cesar Ramirez.  In 2013 I was an Au Pair in France  through GeoVisions.  I had such an awesome time that I  decided to do it again- this time in China!  I recently arrived in Shanghai where I met my host family. 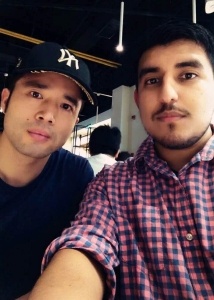 I immediately fell in love with how warm and welcoming they are.  I will be looking after Mathew, who is in 1st grade and a cello player.  His sister Jessie is 18 months and is the cutest dumpling I have ever seen.  She is super smart, and like me- loves to eat!  I will share more of my experiences and photos in the coming months, but right now I'm still a bit jet lagged!

I began as an Au Pair when I was 20 years old in a small town near the city of Paris called Bailly Romainvilliers. Before I left, many laughed that I was becoming an Au Pair.

For most, the term Au Pair stands for “nanny.”   However, for me it does not mean I am merely a nanny.  It means I am someone who has been chosen because of my education, my knowledge, and my standards.

It means I am someone who stands out among the rest and  has the gumption to actually board a plane and leave what is known as my comfort zone. 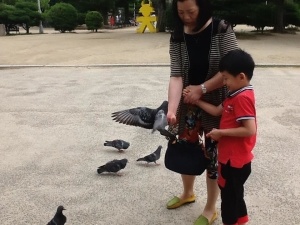 There should be a sense of pride in what we do everyday when we wake up.  I would like to encourage all of you to take this step in becoming an Au Pair.   Step out of your comfort zone.  As an Au Pair, I realized traveling matures you a lot. It allows you to appreciate more of what you have back home, but it also allows you to open new doors into new opportunities. 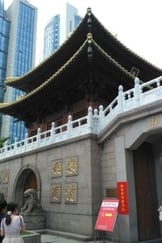 The family I stayed with in Paris was  from Gabon, Africa.  I learned so much from them, including great French cooking from their Nana.  However, the most important thing I learned was the importance of family and appreciating every culture.

My experience as an Au Pair in France left me anxious to be placed in a new country and do it again.  When my wonderful coordinator, Jodi, at GeoVisions told me  there was a great opportunity as an Au Pair in China, I immediately said yes!  And here I am!

Au Pair in France and China.