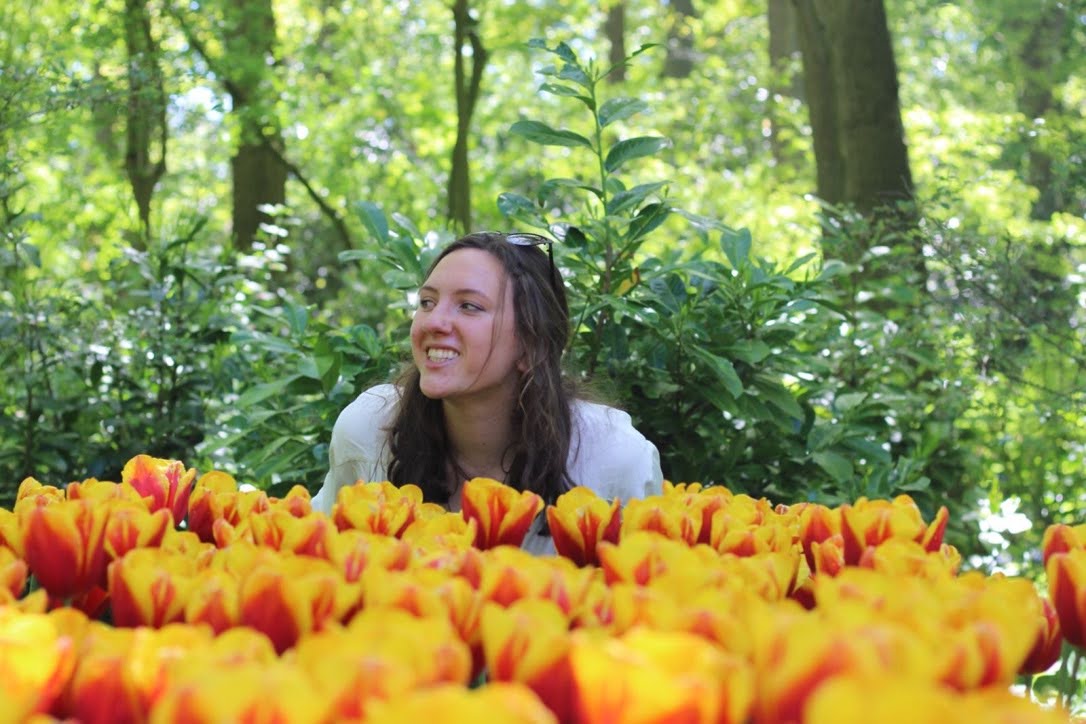 What was the most difficult part about leaving home and your comfort zone to embark on your program in the Netherlands?
I remember when I left the US I made sure I didn't look back to my parents when I entered the terminal because I knew I would just start crying. I was so young and leaving my family and friends was probably the hardest thing to come to terms with. However, after that I don't think I thought about what I was doing until the plane actually landed in Amsterdam. By that time I was so tired from traveling for ten hours that I couldn't really think about a comfort zone. I had only been abroad once to Sweden before I left for the Netherlands, so everything was new and I think I just had to build a new comfort zone.
What was the most liberating part about leaving home to live abroad?
Being able to discover what I was capable of was really liberating. Like I said, I was really young when I went to au pair, so I had (and still have) a lot to learn about myself and the people around me. I had never had that kind of independence before, so being able to go anywhere at anytime was freeing. Especially in the Netherlands because traveling is so so easy by train, tram, or bike. It was liberating because I was on my own and forced to rebuild myself.
How did you feel you were able to make a positive difference in your host family’s lives during your time with them?
I was my families first au pair, so the experience was as new for them as it was for me. My kids were also older, so we baked and did crafts and played outside a lot. Most of the time I was just transporting one of them to field hockey or soccer practice or cooking class. However, one of the girls I cared for didn't have a lot of friends outside of school, and I'm not sure how much of this was me, it was probably her mom mainly, but when I was there she had her first playdate outside of school and I was so happy for her. Today she has friends and has grown up a lot. I'd like to think I was able to help her grow her confidence a little bit. 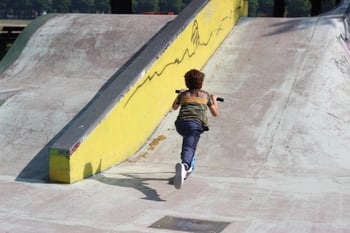 Was this your first-time tutoring/living as an au pair abroad? If so, why did you choose your particular program/country choice?
I chose the Netherlands because I had no background to what the Netherlands was like. It was just one of the countries I felt I had heard the least about and that's what made it intriguing. Also, I liked that it was close to a lot of other countries which would make it easier to travel and that the program length was for 10-12 months. I knew if I wanted to go abroad after high school that I couldn't try to go once, come back and then go to a new country (for programs that are 3-6 months) I needed to do it in one go because I didn't trust myself to get on that second plane.
What experiences living in the Netherlands stand out in particular?
This is probably cliche, but biking. Just the freedom to bike and bike and bike, you never really have to stop. I lived in the Hague and one of my friends and I decided we were going to bike to Delft and Liden (two separate days) which are both about an hour ride. It wasn't even about getting to the other city but the landscape we saw along the way was beautiful. The architecture, the canals, the random winding streets. It was so cool to bike all day and not rely on cars. Second to leaving my host family and friends, that was one of the hardest things to say goodbye to.
Did your goals change after your au pair experience? If yes, how so? 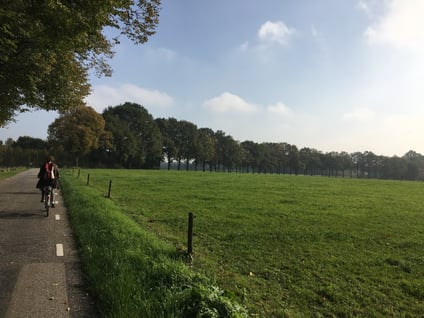 Yes. I thought I was going to go to school for art, become a fine artist or art teacher or something of that nature. Here I am, going on my third year of a computer science degree. If you're confused about how those connect and how I made that jump, you wouldn't be the only one. When I was in the Netherlands, I ended up enrolling in a Dutch figure drawing class. That was also an amazing experience, because it was just me and some older Dutch women and one man. The art teacher spoke a little bit of english but a lot of it was just me guessing what she was saying as she spoke to the full class. I didn't mind it though because art doesn't need a language, you could learn just from someone's gestures or strokes. But because of that class, I realized I didn't want to hate art if I went to school for it. I wanted it to be something I could always look forward to and not feel pressured to do. I turned to computers because the kids I au paired for were obsessed with technology. They were always trying to sneak an iPad or the laptop and loved playing with the snapchat filters. It was concerning! I knew that if there was anything I could do to help decrease their obsession then I needed to do it. So I decided I would pursue computer science. My year abroad helped me realize what my goals are and what I want to do in the world. It was an invaluable experience.
How do you find ways to “do good” in your everyday life?

As I am in school right now, I struggle a lot with feeling like I am doing enough for the world and the people around me. But for me "doing good" is being there for the people around me and supporting them. Especially as we navigate life in a global pandemic.
What would you recommend to others who are looking to become an au pair for the first time?
Go. Be afraid. Put yourself out there because you can and because that's when the best experiences happen. Reach out to as many people as you can. Most of all just listen to yourself. That's the best recommendation I can give.

Shaunna was an Au Pair in the Netherlands in 2017 and is currently earning her Computer Science degree at The University of Michigan.