This guest Blog post on traveling abroad on the cheap was written by Chris Davis, an avid world traveler.  Although he has traveled the world on very little money, the unique experiences are his riches.

"Go not where the path may lead but make your own path and leave a trail."

Surely we've all read this little motivational snippet, if not on a guidance counselor's wall then perhaps on a sticker attached to the bumper of a 1980's model Volvo.  For the backpackers of the world it's our unofficial creed, not for any altruistic reason, but rather it is usually the cheaper alternative to conventional methods of travel.  In my two years vagabonding and volunteering abroad around the globe I've compiled an exhaustive list of ways I have gone from point A to point B, some of them rather mundane and uneventful, and the others anything but.  When your legs and back are worn out from the rigors of traversing seemingly endless expanses of open road, any opportunities to grant those workhorse body parts a reprieve you don't pass up.  This strategy has provided me with the chance to bum a ride on the following: a rickshaw, llama, motorcycle sidecar, lorry, jet ski, fishing trawler, abandon rollerblades, snowmobile, rock band tour bus, elephant, M.A.S.H style helicopter and my favorite, a parking enforcement vehicle.

When you live out of a backpack, your ability to improvise becomes your greatest asset.  The second most important thing you can do is learn how to pump the locals for information.  It doesn't matter how good or up to date your travel book is, as you discover that the best kept secrets are called that for a reason, and no one is going to put those types of nuggets in print so that the masses can ruin them.  It also doesn't matter how good your people skills are because at some point or another, you are going to get "taken" by the con-men and grifters that prey on the gullible and trusting.  It may be something as simple as getting shortchanged by a street vendor (imagine trying to calculate a handful of foreign currency that doesn't even have numbers) or something major like stashing your bag in what looks like a reputable locker kiosk at a train station.  If you ask me, it is a small price to pay for the rewards that come from interacting with the genuine articles.  I've been privy to midnight tours of ancient ruins not made available to the public, walking through corridors when everyone else is relegated to admiring from a distance.  Following the right leads will let you paraglide off the Pyrenees in an otherwise protected part of Spain's National Parks.  For the "foodies" in the audience, there is no better way to get a taste of local cuisine than being invited to a wedding or dining with the staff of a restaurant after they are closed.  For music buffs like myself, watching the Vienna Philharmonic sharpen their performance of Beethoven's Ninth Symphony is a memory that I'm sure will be the fading light on my deathbed.  To think I never would have gotten to experience any of those things if I hadn't gone against my better judgment makes me pause, as balancing adventure seeking with personal safety is never easy, but you do get better at it as time goes on. 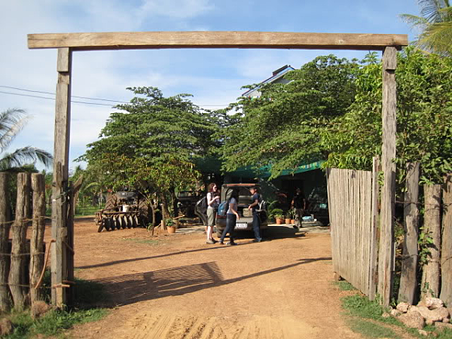 Getting off the beaten path means more than just avoiding the tourist pop culture carnival in favor of more unique interplay, it also provides the traveler with a chance to see the less visible part of a country.  Anyone can Google images of Machu Picchu and what you get back will be what you can take with your own camera on a hike up to that famous Inca Trail hotspot.  So few take the extra hour to tackle the more treacherous climb up Huayna Picchu, which will reward its conquerers with stunning views of the Andes and provide you with a photo op that will make you the envy of your less grizzled travel companions.  When you think of Italy, a slide show of sorts probably runs through your mind as images of the leaning tower of Pisa, the Colosseum, canals of Venice and the statue of David scroll by.  While there is certainly gratification in seeing these impressive human achievements in living color, I wouldn't trade it for the weeks I spent roaming the coastline of the Adriatic and Ionian Seas.  Contrary to popular belief, Greece does not have a monopoly on scenic, white washed cliff side villas, as a stroll through the Apulian city of Ostuni will reveal.  After you have soaked in that bit of paradise, continue westward towards the region of Calabria to see what Tropea and Scilla have to offer you by means of inspiring panoramas.  If you find yourself not wanting to leave, you aren't alone.  Just file it away in the folder marked ,"Possible Retirement Locations."  Seeing as how I have trumpeted the virtues of straying off the path, it's only fair that I offer you some warning of where venturing off the trail will probably get you into trouble.  There are the obvious locals such as anywhere the overnight temperatures can only be recorded with instruments that use industrial grade antifreeze.  Any of the six Axis of Evil countries qualify if you happen to find yourself near one of their borders, and unless you are a Sadist, there really is nothing of interest to risk your neck over.  The Great Australian Outback still has large areas of uncharted terrain and it will most likely stay that way; do not give into the temptation to try out your novice surveying skills.  The unfortunate aftermath of the Vietnam war continues to leave its mark on unsuspecting Cambodians by way of land mines.  Heed the warnings and proceed with caution. 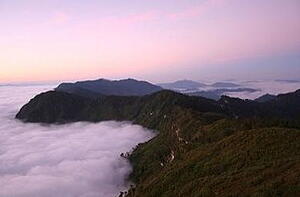 Procrastination is the enemy of potential vagabonders and "next year" is the battle cry of the adventureless.  Putting your life on hold for a month or two isn't going to hurt, I promise, and you may just find that upon your return, the life you knew wasn't really worth living.  Go with a group, go with a partner, go solo...just go!  And remember, when you come to a split in the woods, choose the path less taken.