This Blog post is pulled with permission from Sherry Ott of Ottsworld and Meet Plan Go.  Meet Plan Go is the leading career break movement in North America; encouraging and teaching others how to travel the world and have it be beneficial to your career.  You can also "like" Meet Plan Go on Facebook. As of this post, they can smell that 3,000th fan.

Sherry participated on GeoVisions' Conversation Corps Jordan program in 2011.  We can't begin to tell readers how moved we were when Sherry proclaimed in her Blog, "I don’t like to travel any more.  This was the ultimate cultural exchange and in a weird way I have a hard time assigning it the term ‘travel’. I felt as if I lived there."

And so, of course, we were delighted to read Sherry's most recent Blog post, Top Career Break Destinations For 2012.  Jordan was right up there at Number 1, and Sherry provided a link to the Conversation Corps Jordan page as a resource if you're planning on visiting Jordan in 2012.  And, we're very pleased Jordan is the Number 1 destination of people considering a Career Break.

Here is the part of Sherry's "Top Destination" post about Jordan:

Don’t know where to go on your career break? We asked our event hosts for their top destination picks for 2012 and hopefully they will be added to your list.

From Sherry Ott of Ottsworld
Jordan should be on your career break travel itinerary not only because of the mind blowing ancient city of Petra, but more so because of the people. Jordan surprised me in many ways, but the most surprising thing was the generosity, kindness, and openness of the people. It was the first country in which I didn’t feel like a walking dollar bill, simply a tourist to sell to. Instead I felt like people really wanted to get to know ME, understand my culture, family, background, and thoughts on the world. It was an exchange in the true sense; normally all over a glass of tea. 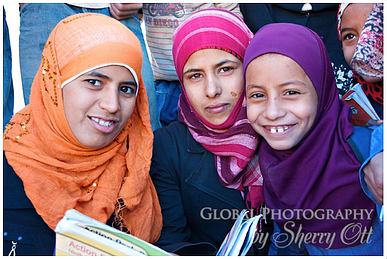 The people are enough reason to go to Jordan, but if you need more, then consider the sites of Petra, the ancient ruins in the city of Amman, floating in the Dead Sea, and hiking in some of the most stunning landscape you’ll see in the world. The food is also a perk of travel in Jordan; falafel, hummus, flat bread, fresh vegetables, delicious coffee and tea cooked in ways you’ve never experienced will make your taste buds sore! Cost to travel there are relatively low and it’s simple to travel independently as the country is small, but has good infrastructure.

If you're interested in taking a Career Break, Meet Plan Go has a lot of resources, one called Basic Training.  There is also a national event each year for people to gather to learn more about Career Breaks, and to start planning.  There are also online classes you can take with them to learn how to make this happen for you, and how it can enhance your career.

If you're interested in the Conversation Corps, contact us and we will happily talk to you about the 19 different countries where you can be a member of the Corps.